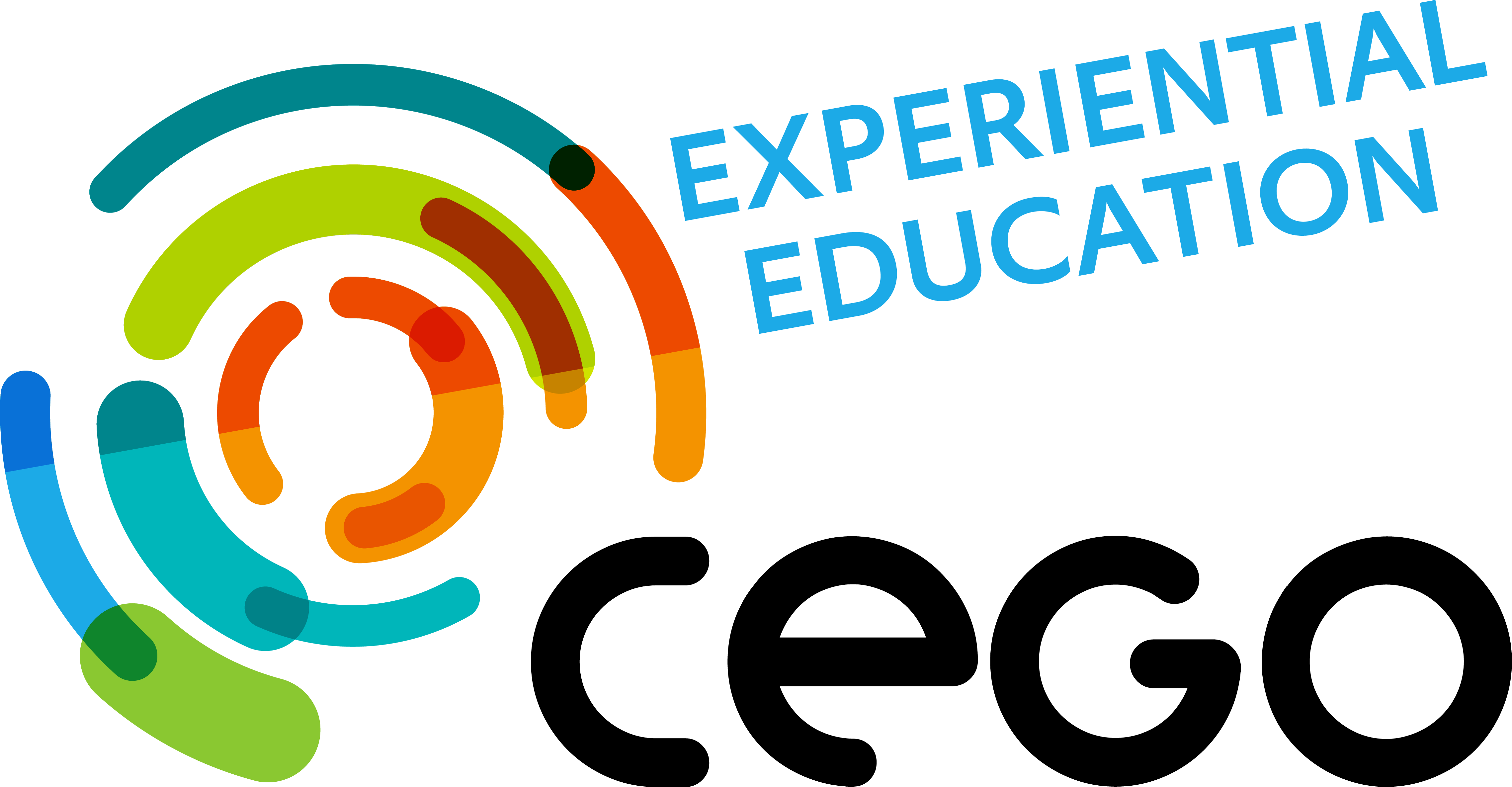 What is the output we have in mind with well-being and involvement? We pursue the following competences and dispositions:

If well-being is displayed in many situations it rests on something deeper, at the level of the child’s personality: being ‘well in your skin’. We recognize it in the child’s self-confidence and self-esteem, inner rest, being in touch with one’s feelings, the capacity to take pleasure in what the environment can offer, enjoyment of the company of others (children and adults) and being able to cope with painful experiences (resilience). Emotional health is the fundament of quality in life (Laevers, Declercq & Moons, 2012).

The exploratory drive as an overarching disposition, is a great facilitator for involvement. The crucial point for involvement is that the satisfaction it gives, stems from one source: the exploratory drive, the need to get a better grip on reality, the intrinsic interest in how things and people are, the urge to experience and figure out. Only when we succeed in activating the exploratory drive do we get the intrinsic type of involvement and not just involvement of a superficial, or emotional (e.g. witnessing an accident), or functional (e.g. paying attention to avoid failure) kind. This leads to fundamental or deep level learning. After all, the exploratory drive guarantees that someone, based on his ‘pattern of needs’, keeps searching for experiences that are at the limits of one’s capabilities. A strong explorative attitude guarantees that lifelong learning will take place.

The concept of ‘linkedness’ is the expression of the deep concern for the development of a positive orientation towards the physical and human reality. It offers a point of reference for the whole of value education. Linkedness with the eco-system in its entirety is essentially a religious concept, in the broadest sense of the word. Etymologically, ‘re-ligion’ (re-liare) means ‘linking again’. As “de-linquency” means “the lack of being linked”, the sense of ‘connectedness’ can be seen as the cornerstone of  prevention of criminal behaviour or any action that brings damage to things and people. One who feels connected with something would not act as a vandal. In the elaboration of the concept at the level of care and education, children are helped to develop this attitude of linkedness with (1) themselves, (2) the other(s), (3) the material world, (4) society and (5) the ultimate unity of the entire eco-system.

Competence in this area deals with the way in which one can use and steer one’s body in all kinds of situations where movement is required. This involves the ability to co-ordinate different parts of the body and control of the muscular system in order to achieve a certain aim or perform a particular task. This requires a well-developed body awareness: being in touch with your ‘own body’, being aware of one’s posture and the body’s position in relation to the surroundings and a sense of balance. Excellence in this domain can be linked to all forms of artistic expression where movement plays a role as in dance and mime (Laevers, Declercq & Moons, 2012).

Competence in this area concerns the way in which one can display dexterity in handling all sorts of tools and objects which require meticulous co-ordination: in the manipulation of utensils (scissors, crayon, a computer mouse), in handling small pieces of play material (beads, Lego) and in executing practical operations (buttoning a coat, dressing a doll, using cutlery). In extension to this manual skill (using hand and fingers) and the eye-hand co-ordination it requires, we can focus on the control of other parts of the body like eyes (blinking), tongue and facial expression (Laevers, Declercq & Moons, 2012).

In an active sense, this domain is about mastering language as an ‘instrument’ to express in an accurate and powerful way (orally or in writing) something one experiences, feels or thinks. Through this, the original experience or thought becomes sharper (for oneself) and at the same time accessible to others. In a passive sense, linguistic competence is the skill to easily understand and access what other people express in all sorts of forms (orally and in writing) and through all kinds of media (television, radio, film, drama, the internet…). Excellence in this domain includes all forms of verbal performances viewed as artistic expression (Laevers, Declercq & Moons, 2012).

This domain is about the disposition to organize oneself effectively by making adequate use of opportunities available in the surroundings and in oneself. This rests on: (1) will-power (engage and persevere), (2) the ability to make choices and set goals, (3) to come up with scenarios for actions and to put them into practice and (4) to step back and learn from experiences. Self-organisation combined with creativity produces ‘entrepreneurship’: the sense of initiative leading to innovative actions. In essence this is all about the ‘art of living’ (Laevers, Declercq & Moons, 2012).

The non-verbal, visual representation is the competence to fully express something that you perceive, experience, feel or think in a surefire way. It is about whether a child is sensitive to aesthetic aspects and whether he can use visual expressions (drawing, painting, craftwork) to express his own intuitions and feelings. This expressive expression is therefore at the same time a means to process all kinds of experiences and emotions and to sharpen it for itself. On the other hand, visual representation also has a passive component, in particular the extent to which the visual expressions of others are understood and appreciated.

Artistic expression is about the capability to use all kinds of means/media to articulate an experience, a sensation, a feeling, a thought, a fantasy… The ‘product’ of this expression is original, rich, and shows imagination. The act of expression helps one to process the original experience or thought and to share it with others. Artistic expression also includes the ability to ‘comprehend’, ‘flavour’ and enjoy the (artistic) expressions of others. We discern 4 areas of competence depending on the media: (1) visual art (including design and decoration); (2) language (words/poetry/stories/role play/drama); (3) movement (dance in all forms) and (4) musical expression (Laevers, Declercq & Moons, 2012).

Understanding of the Physical World [including Technology]

Physical reality comprises matter (from sand grains to galaxies) and living creatures (from unicellular organisms to human beings). ‘Understanding’ the physical world implies grasping characteristics of materials, being able to conceive how objects ‘behave’ in all kinds of situations and in relation to each other, being able to predict the effects of certain actions on objects. It concerns an intuitive awareness of all kinds of physical phenomena, having a ‘sense’ of them. This understanding forms the basis for technology: the smart ways we use the ‘laws of nature’ to create tools and design procedures to survive and make life easier (Laevers, Declercq & Moons, 2012).

Understanding of the Social World [including Social Competence]

Social competence rests on being in touch with one’s own feelings/perceptions and being able to empathise with others: to sense their emotions, intentions, needs, perceptions and thoughts. This enables to intuitively grasp interactions between people in all kinds of situations and to predict behaviour. To adequately response to others one also needs a repertoire of ways to interact and relate and the ability to sense which response is most appropriate in a given situation. In extension, understanding the social world is about getting to grips with culture and society and how communities organise themselves: communication and media, art, health provisions, professions, economy, law, politics, diversity (Laevers, Declercq & Moons, 2012).

This domain refers to the ‘power of abstraction’, the capability to transcend the concrete. This implies categorizing objects and phenomena (glass/wooden; plant/animal; honest/dishonest), sorting (shortest/longest, the most favorite…) and numbering them (many/few; half), positioning the objects in space (at the back/ at the left side on the top) and in time (the day before yesterday/last year), discovering patterns and linking cause/consequence (the warmer, the faster ice melts) and drawing conclusions on the basis of logical reasoning (a stick will float, because it is made of wood like boats) (Laevers, Declercq & Moons, 2012).